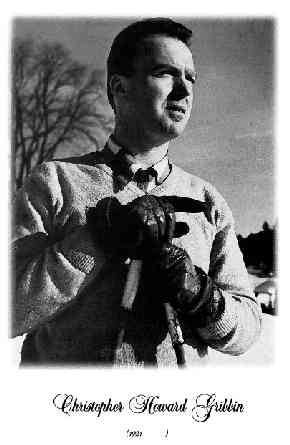 An outstanding administrator with an infectious personality, Chris Gribbin’s contributions to the development and promotion of the game to the Québec golf community was unequaled.

“Mr. Golf”, as he was affectionately referred, was born August 20, 1921, in Montréal. He served as the Québec Golf Association’s Tournament Director from 1954 until being promoted to the newly formed position of Executive Director in 1966, serving in that capacity until his retirement in 1989.

A graduate of LoyolaCollege, Gribbin’s tremendous administrative and communication skills led to him becoming the first non-American to be elected to the board of directors of the prestigious International Association of Golf Administrators and his serving a two year term as its president (1978-1980).

Over the 35 years that he administered the operations of the QGA, many changes and improvements occurred under his supervision.

Some of the highlights included being instrumental in the translation of the Rules of Golf into French as well as making available a bilingual club handbook to answer the needs of clubs both large and small. Through annual symposiums that answered questions on rules, tournaments and club management, he assured a high profile for the QGA in all seven of its districts that filtered down to the club level.

Through the 60’s and 70’s, Gribbin promoted the modernization of the QGA’s constitution. He was also very successful in seeking and securing major sponsors for QGA events.

In 1970, Gribbin initiated the most favorable “Greenbelt” legislation in the country. To this end, he assisted in turf grass research and management, as well as coordinating a turfgrass referral service that was subsidized by the QGA.

While the administrative aspect of golf fulfilled the need for individual clubs, it was improvements at the competitive level for Québec teams that will endear Gribbin in the hearts of golf fans.

During his tenure, Gribbin saw the establishment of junior golf camps, which subsequently raised the competitiveness of Québec’s junior teams. Through the creation of a provincial qualifying system for Québec amateur golfers (ladder) and the development of a training program that improved candidates for the Willingdon Cup team, he enhanced Québecers chances of succeeding in the national events.

Through Gribbin’s efforts, he inspired and instilled pride in both players and volunteers. The success of the game in this province can be attributed to many of his initiatives.