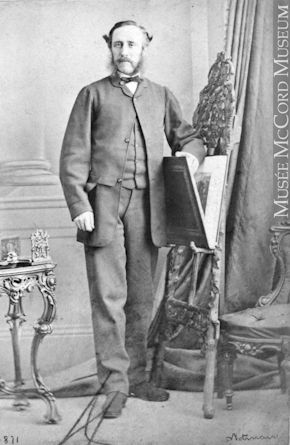 Originally from Dumbartonshire, Scotland, Alexander Dennistoun was a member of several prestigious clubs, including St Andrews, Glasgow, Liverpool and Musselburgh, before arriving in Canada. He first settled in Peterborough before moving permanently to Montréal, making his home on McTavish Street. He founded the Montreal Golf Club in 1873, and was its first President and Captain from 1873 to 1881. In 1884, permission was granted by Queen Victoria to use the “Royal” prefix, and the club became The Royal Montreal Golf Club.

Despite being a skilled golfer who won many titles, he was better known for his organizational skills, dynamism, and inspiration. He is, without a doubt, the founding father of organized golf in North America. He was elected, and will be inducted this year, into the Québec Golf Hall of Fame as a builder.