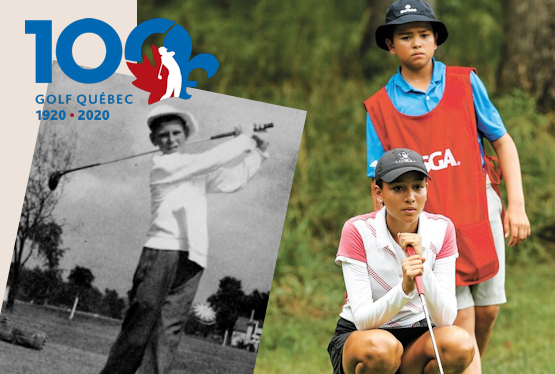 Left: Michael Darling
Right: Malik and Céleste Dao
Although the first provincial championships were held in 1920, when the Province of Québec Golf Association was founded, there was no mention of a junior championship on the program. It was not easy for young people at that time to play this sport, which was only available at private clubs.

It wasn't until 1923 that the juniors had their first provincial championship, where 51 young people aged 17 and under met at the Country Club in Saint-Lambert on September 4. Charles A. White of the St. Francis Club in Sherbrooke was the first champion with a round of 83, one stroke ahead of J.P. St-Germain of Laval-sur-le-Lac.

The championship survived another year in 1924 when the newly founded Summerlea club, which had opened the previous year in Lachine, was the stage for the victory of Ivan F. Tyler of the Country Club, who handed out a 92 scorecard.

The November 1924 edition of the Canadian Golfer magazine, however, tells us that the Royal and Ancient Club of St. Andrews, Scotland, did not encourage competition among the young. This association, whose opinion is still respected throughout the world and also in Québec, felt that until they reach adulthood, boys should only compete in school sports such as soccer and cricket that promote teamwork before individual success. For a 17-year-old, winning a golf championship was considered sheer aberration. With such a threat, the next individual provincial junior championship was not held until 1932 and, in the meantime, only junior team competitions were accepted.

The incredible record of 4 victories belongs to Michael Darling, another member of the Whitlock Darling dynasty, who won his first championship in 1943 at the age of 14. The only other young golfer to come close to this record is Mathieu Rivard (Royal Bromont) with three consecutive victories between 2006 and 2008.

Canadian Championships: Bélanger and Vandette in a class of their own

In recent years, two Quebecers have managed to win the Canadian Junior title while they were still in their juvenile years (16 years old or younger). Christopher Vandette (Summerlea) accomplished the feat in 2018 as did Charles-Éric Bélanger (Royal Québec) in 2015 on the fairways of the Summerlea Golf and Country Club. Before them, André Nols (1976), Robbie Jackson (1972 and 1973), Dale Tallon (1969), Grant Dearnaley (1954) and Bob Hall (1949) were the only Quebecers to have their names on the Silver Cup awarded to the best junior players in the country. Tallon, who played his junior golf in Noranda, was the second choice in the 1970 National Hockey League draft when he was selected by the Vancouver Canucks.

In the big league

In 2017, at age 15, Christopher Vandette became the youngest ever to win the Provincial Men's Amateur Championship against seasoned players at the Eagle Creek Golf Club in the Ottawa area. In recent years, several juniors have also put their names on the amateur championship trophy, including Julien Goulet (Le Mirage; 2008), Alexis Gemme-Piacente (Le Mirage; 2010), Hugo Bernard (Vallée du Richelieu; 2013), Étienne Papineau (Pinegrove; 2015) and Malik Dao (Summerlea; 2020). Malik followed in the footsteps of his sister Céleste who also won the Provincial Women's Amateur Championship in 2017 when she was a junior.

As for our own golf legend, Jocelyne Bourassa, she won the Canadian Women’s Amateur Championship when she was still a junior, in 1965, as Brooke Henderson (Smiths Falls) did in 2013 in Beloeil when she was only 15 years old.

The Spring Open held in Beaconsfield in 2005 also saw a junior defeat all the amateur and professional competitors when Hugo Chamberland-Lauzon (Le Blainvillier) handed out a record card of 63 at only 17 years old.

On August 25 and 26, 2018, during the Graham Cooke Junior Invitational, Laurent Desmarchais (Vallée du Richelieu) set a series of records with a first round of 62 on the picturesque Château-Bromont course, the best score for a junior in the history of Golf Québec. The next day, he had to “settle” for a round of 63 for a combined 125, 19 shots under par, a record that is not about to be broken. 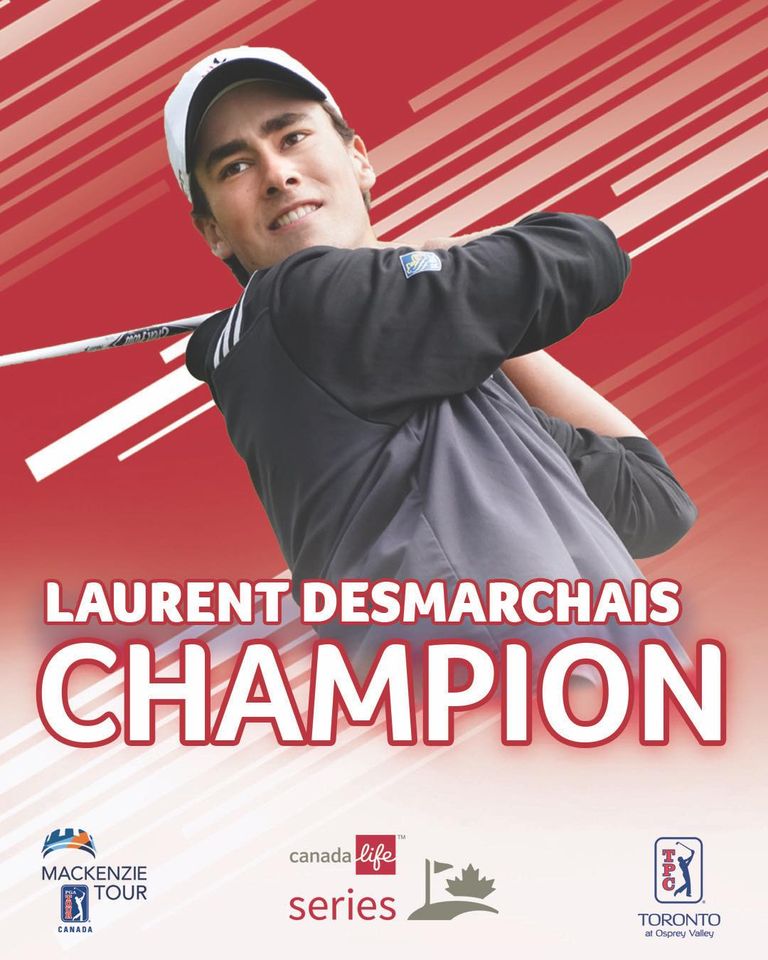 More recently, this year, Laurent has once again made a name for himself. At only 19 years of age, the young amateur golfer accomplished an extraordinary feat at TPC Toronto by winning the fourth and final stop of the Canada Life Series, a tournament organized by the Mackenzie Tour - PGA TOUR Canada, which brought together the nation's top professional and amateur players.

Provincial teams are on fire!

With all these talented players, it's no surprise that our junior teams have collected so many titles over the past 10 years, starting with the Williamson Cup in 2014 where our team captured the victory for the first time in the history of the international competition dating back to 1964 when Club Laval-sur-le-Lac hosted the event.

At the 2017 Canada Games in Winnipeg, our youth won gold for both our women's and men's teams and at the individual level with Céleste Dao and Christopher Vandette. In 2018, the Québec girls also took the inter-provincial competition at the Canadian Championship, an accomplishment that the boys repeated in 2019.

With more than 700 schools in the Golf in the Schools program and the Golf-études program that is offered in more than 20 high schools and colleges, the next generation of golfers will be in the limelight for years to come.