The candidacy of the Québec Golf Federation (Golf Québec) was selected in the “Excellence en français” category of the 2022 Mercuriades competition. This Mercure prize is awarded to a corporation for an outstanding achievement that advances or enhances the French language in a business, workplace, or sector of activity. Read more. Since 1990, the Office québécois de la langue française (OQLF) – commonly referred to as the “language police” - has been rewarding companies and organizations that are promoting the French language in their work and business places. Since 1998, this recognition has also been extended to those who favour the dynamic use of the French language in their information and communication technology. Read more. 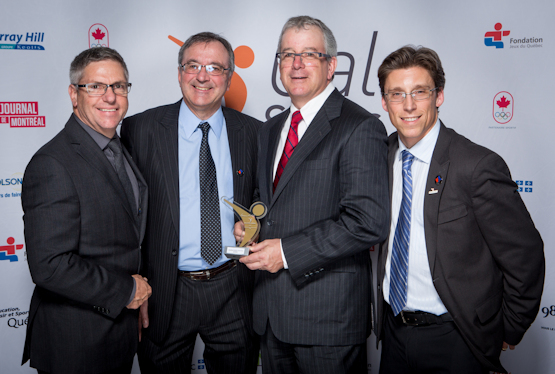 By subscribing, you accept to receive messages from Golf Québec partners provides additional funding to support good for the game initiatives such as Golf in Schools and other junior programming. Thank you for supporting golf in Québec.
Don't be the last one to find out what's new. Subscribe now to receive our e-Golf Québec newletter!
Golf Québec is committed to respecting the Privacy and Access to Information Policy. As such, you will like to know that Cyberimpact's servers on which our subscriber database is stored are located in Québec.
Read past issues of our e-Golf Québec
Discover Élan, the official magazine of Golf Québec
To optimize your experience on our site, don't forget to add Golf Québec to your authorized sites.