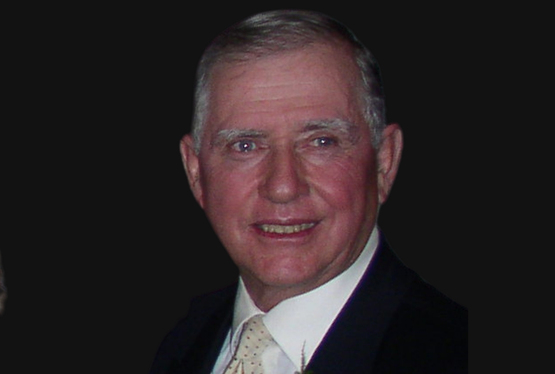 As before, Adrien Bigras continues to win with the
Pierre-Nadon Prize commemorating his lifetime achievement.

Montréal, December 15, 2022 – Once a winner, always a winner! That is the story of Adrien Bigras.

Although he passed away last month at the age of 84 due to complications with COVID, he remains in the spotlight. Not once, but twice.

Before being inducted into his Hall of Fame, which the PGA of Canada confirmed on January 26 to launch the year 2023, let's first look to 2022 with the posthumous Pierre-Nadon Prize awarded by a group of specialized journalists that I chair, and which is sanctioned by Golf Québec.

Adrien Bigras was an outstanding competitor. We are talking about more than 115 victories.

As the Pierre-Nadon Prize is a recognition of his exceptional involvement in his sport, you should know that he has multiplied the diversification of his talents.

"This high mark of esteem does not only come for the performances", says Daniel Caza with a lot of pertinence.

A Personality of Many Abilities

He had his own junior academy. To further share his immense knowledge with the general public, he has written a book on technique (in collaboration with Claude Brière).

He was an excellent teacher as Gilles Terroux recounts.

"I remember a round with Adrien at the O'Keefe pro-press held at the Sherbrooke Country Club in the late 70s. In the rain, Adrien shot 64 with eight birdies and there was not one score of five strokes on his card. At the time, I was breaking 90 once a month, but that day, Adrien "made me play" 82. My putter was the only club that he didn't take out of my hand. When Mr. Bigras gave you advice, you listened to him..."

After leaving the U.S. Army, the former caddy from Laval-sur-le-Lac experienced the big PGA TOUR before returning to Québec due to lack of resources.

He had a sharp sense of humor.

When asked about the versatility in his busy career, he joked, "The only thing I haven't made in golf is...money."

There is no doubt that Adrien Bigras is very rich in... respect with this Pierre-Nadon Prize.

The former caddy from Laval-sur-le-Lac already belonged to the select club of Québec legends.

Pierre Nadon was a distinguished golf journalist for Montréal-Matin and La Presse. He was also the editor of Golf Canada's French-language magazine before he passed away much too soon from cancer. He was a friend to all, including Adrien Bigras, of course, this year's recipient of his award.

Founded in 1920, Golf Québec is the provincial sport federation whose mission is to increase participation in golf and develop excellence. Golf Québec provides discovery and introduction programs such as First Tee – Premier départ Québec as well as core services such as the Rules of Golf, Course Ratings, World Handicap System, and the Québec Golf Hall of Fame. In addition, Golf Québec conducts regional and provincial championships to bring the local golf enthusiasts to surpass themselves and eventually reach the upper spheres of professional tours. For more information, please visit https://www.golfquebec.org.