The new generation showcased in Drummondville 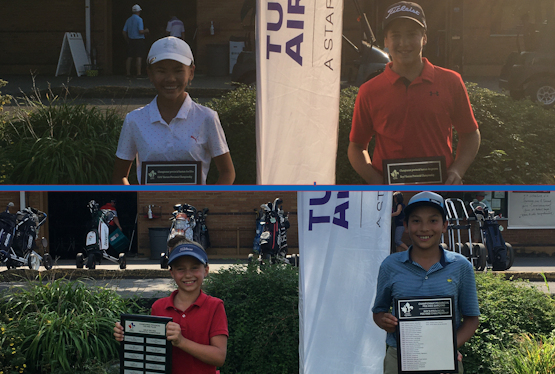 Montréal, August 11, 2020 – The Provincial Bantam, Pee-Wee and Mosquito Championship was presented this week at the Drummondville golf club in collaboration with Turkish Airlines.

The first day of competition, this Monday, served to identify the youngest provincial champion of the year. It is with a round of 91 (+19) that Louis-Olivier St-Pierre (Golf Les Saules) was able to capture the victory with only one stroke ahead of Emile Doyon (Sainte-Marie) and Zack Bourgeois (Le Blainvillier). By doing so, he is the first Lower St Lawrence representative to be crowned in this tournament since 1996. 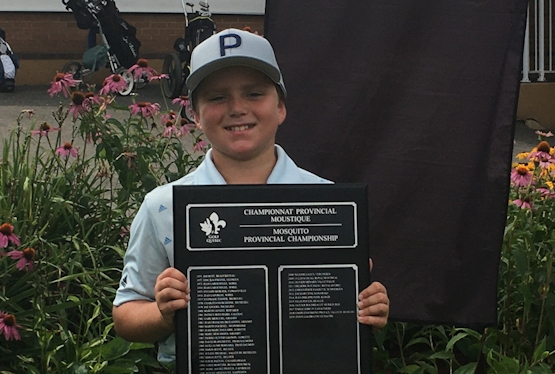 A total of 45 boys and girls participated in the 36-hole pee-wee division competition. Leader in the first round with a score of 77, Andy Mac (Pinegrove) posted the best score of the week for his category by playing 71 in the second round. With an overall score of 148 (+4), the young man who had made a name for himself by participating in the last American Drive, Chip & Putt competition in April 2019 captured the pee-wee title. Charly Pinel (Royal Québec, +8) and Charles-Edmond Proulx (Vallée du Richelieu, +11) completed the top 3 in the boys' category.

In the girls’ division, Charlotte Boudreau (Île de Montréal) and Léonie Tavares (Glendale) stole the show by sharing the first place with a cumulative score of 171 (+27). A sudden-death playoff resulted in Tavares being crowned on the first hole. Our 2019 mosquito champion, Claire Hu (Whitlock) ranked third at +38.

The bantam competition gathered sixty participants. At the end of the first day, Henry Dao (Richelieu Valley) and Isaiah Ibit (GreyHawk) were tied for the lead at 73 (+1). This was without factoring in the presence of Émile Lebrun ( Île de Montréal) who played a breathtaking 31 (-6) on the front nine of his second round. With this spectacular comeback, last year's pee-wee champion won the boys bantam title with a score of 78-66-144 (E). Dao and Ibit took second and third place at +7 and +8 respectively.

Meanwhile, Ann-Sophie Bourgault (Le Maître) dominated the competition with two consecutive rounds of 81, the best scores of the two rounds in the girls' division. The 2019 pee-wee champion was therefore crowned 2020 bantam champion with a cumulative score of 162 (+18), Antonia Ho (Kanata) took second place at +25 and Capucine Gekas (Royal Québec) was third at +36.

The Golf Québec team would like to thank Claude Gamache, Professional and Golf Director at Club de Golf Drummondville, as well as the establishment's Board of Directors and its members, for making this event possible by opening their course to all our young competitors.

Next week, Golf Québec will bring together men and women, amateurs and professionals, at Domaine Château-Bromont for the Bromont Invitational presented from August 17 to 19 in collaboration with Turkish Airlines and belairdirect. Noémie Paré (Victoriaville) will be returning. One would remember her victory from last year in which she faced professional Rebecca Lee Bentham in a sudden-death playoff. On the men's side, the professional golfer Yohann Benson (Club Laval-sur-le-Lac) will also try to defend his 2019 title.